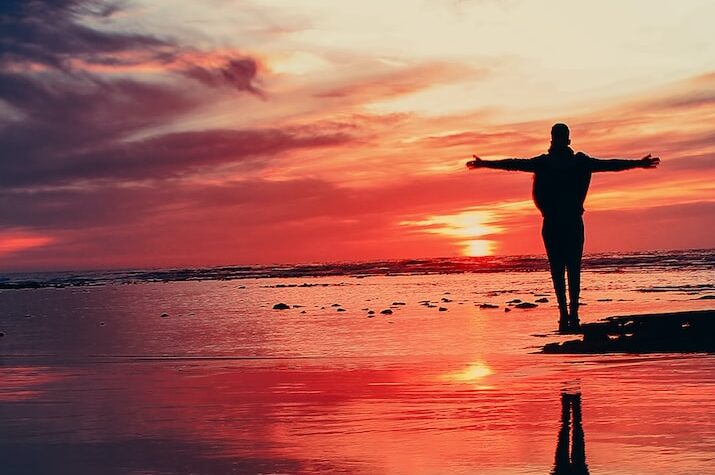 Lessons for Life and Death

These last 4 months have been the most challenging of my life, and have been the reason for my absence, which some of you may have noticed, while others not.

My father, Brian Carroll, passed away in New Zealand (NZ) early August after battling lung cancer for many months. Earlier this year in February, he lost his home in Australia in the Queensland floods, and decided to move back to NZ to live out the rest of his days. I flew down in April to help him settle in with family friends and set him up in the medical system post-Covid, which was very challenging.

In early June, I got the call to come down to NZ as Dad was not well and did not have long to live. I arrived June 8th, and therein began the journey of my Dad’s final days which we walked together and game planned hand in hand.

A few months later, I was there for his final breath, a surrealism that can only be compared to being there for the birth of my son. It can’t really be shared; it has to be lived to be understood. After many days of heartfelt conversation and organizing priorities, he was freed from his suffering. As I write this the words of Martin Luther King Jr come to mind, “Free at last, free at last, Thank God Almighty, we are Free at Last!”

Earlier that night I thanked him as I knelt next to his bed for all he had done for me. The gratitude for this life, the experiences he gave me, the leadership and lessons passed on, his example. It poured out of my heart to his.

As I walked out of the care home at 2:30am that morning, I became aware of a song on the radio in the lobby. American Pie, by Don McClean. The lyrics I heard in that moment were “Bye, bye miss American Pie, drove my Chevy to the levy but the levy was dry. And good old boys were drinking whiskey and rye, singing this will be the day that I die.”

I stopped and smiled. It was like Dad was saying goodbye as this song was one that we listened to together a lot in my younger years at home, in the car, on the way to Wellington Waterski Club. What blew my mind was his first car was a Chevy Coupe, which he bought well before this song was ever written and his favourite drink a Jack Daniels whiskey and coke. And it certainly was the day that he died only hours before.

There are so many learnings from this experience of supporting my Dad to have a good death that I want to share with you. Here are just 3 that I continue to reflect and act on every day:

It takes a Village: To support Dad to live out his final days in dignity, taking care of his priorities and what was important to him required a lot of support from many people. I could never have done it on my own. Meaningful strong relationships with friends and family are invaluable. Lean in, mend any that need to be and cultivate them.

Life is short: A wise man once said, everyone dies but not everyone lives. Dad’s example was to live it and live it fully with a smile on your face. The next moment is not guaranteed. Be kind, touch people in their heart, laugh and love one another and follow your passions so that when it comes time to go, you can let go.

It is as it is: In Dad’s final days the one thing that he was grappling with was the feeling of being out of control. All of his life he had felt that he had control and had shaped his life, crafted it with his own hands and hard work. As his body degraded he became acutely aware that he had no control any more. “It is as it is,” he would say. In the end he accepted his fate and found peace. Surrendering to the moment creates peace and presence. Practice surrendering to the moment and ‘Protect your Peace’ every day.

In the end, when we are lying on our death beds as Dad did, we are not going to be saying I wish I worked more. We are going to be saying, I wish I lived more. I wish I spent more time with family and friends. I wish I celebrated each moment more. This is the ongoing challenge that we all bear and is part of the journey of life. How do we remember that the next moment is not guaranteed and to live life to the fullest?